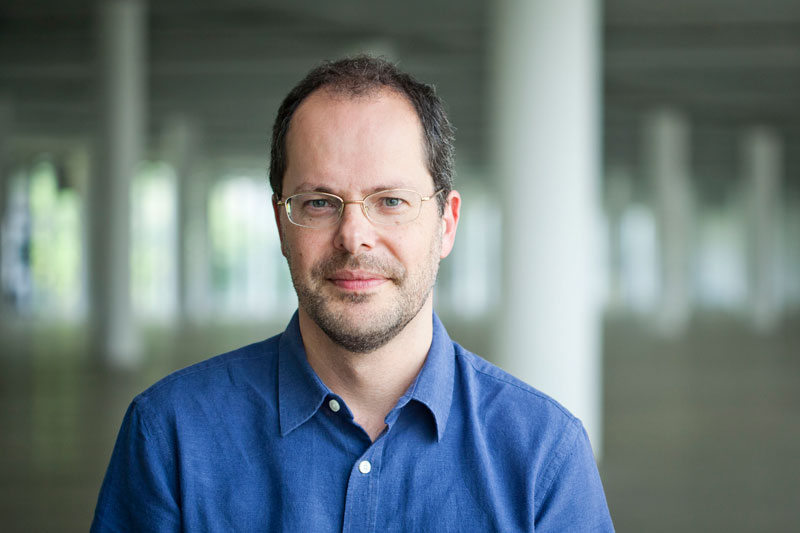 Pérez-Barreiro holds a PhD in Art History and Theory from the University of Essex (UK) and an MA in Art History and Latin American Studies from the University of Aberdeen (UK). With over 20 years experience, he was curator of Latin American Art at the Blanton Museum of Art, University of Texas at Austin (2002-2008), chief curator of the 6th Bienal do Mercosul in Porto Alegre (2007), and director of Visual Arts at The Americas Society in New York (2000-2002). He was an advisor to the Iberê Camargo Foundation and his curatorial projects in Brazil and abroad include exhibitions of Lygia Pape, Geraldo de Barros, Rivane Neuenschwander, Waltercio Caldas and Willys de Castro. He is the current director and chief curator of the Colección Patricia Phelps de Cisneros, with offices in New York and Caracas. 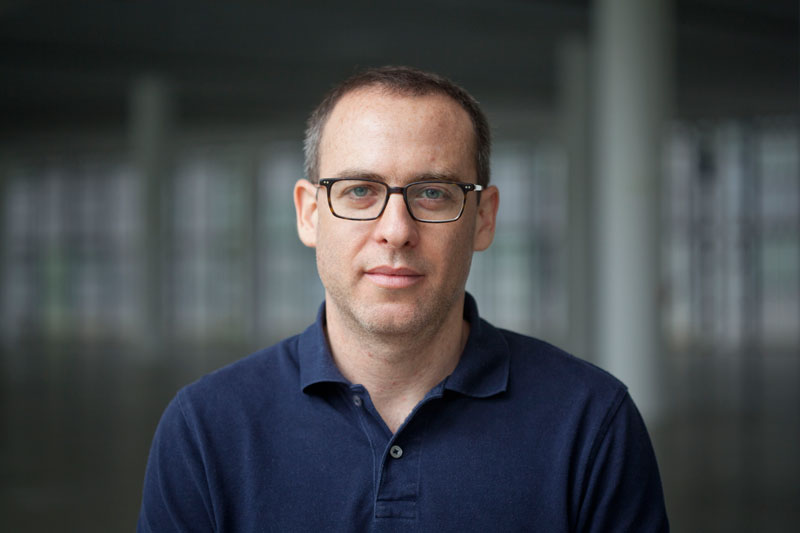 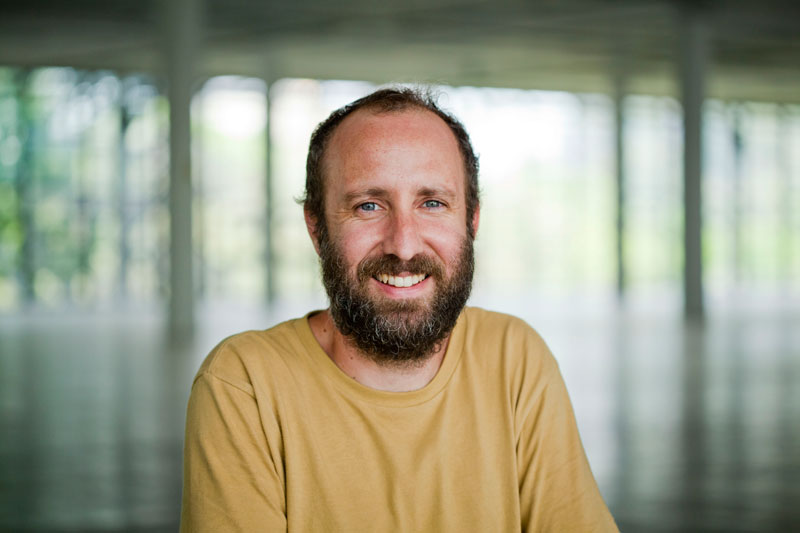 Antonio Ballester Moreno Graduated in Fine arts for the Universidad Complutense Madrid. He has also realized studies in the Universität der Künste Berlin with the professor Lothar Baumgarten from 2000 up 2002. He has realized solo exhibitions in La Casa Encendida, Madrid (2017), Museo de Arte Contemporáneo de Castilla y León – MUSAC, León (2008), and in art galleries as Christopher Grimes, Santa Monica (2016), Galeria Pedro Cera, Lisbon (2016, 2014), Maisterravalbuena, Madrid (2015, 2013, 2009), as in Peres Projects Berlin and Los Angeles. Also he has taken part in different group exhibitions, Colección III and IV and Antes que todo (2010) in CA2M Madrid; Una Pausa para reflexionar (2014) and Existencias, in MUSAC (2007), and many more. He has received different grants from institutions as MUSAC – Scholarship of Artistic Creation (2006) and the Fundación Arte y Derecho (2005). His work is in MUSAC collection and Centro de Arte 2 de Mayo Madrid. From 2003 up 2009 he has managed a non profit art space called Liquidación Total. 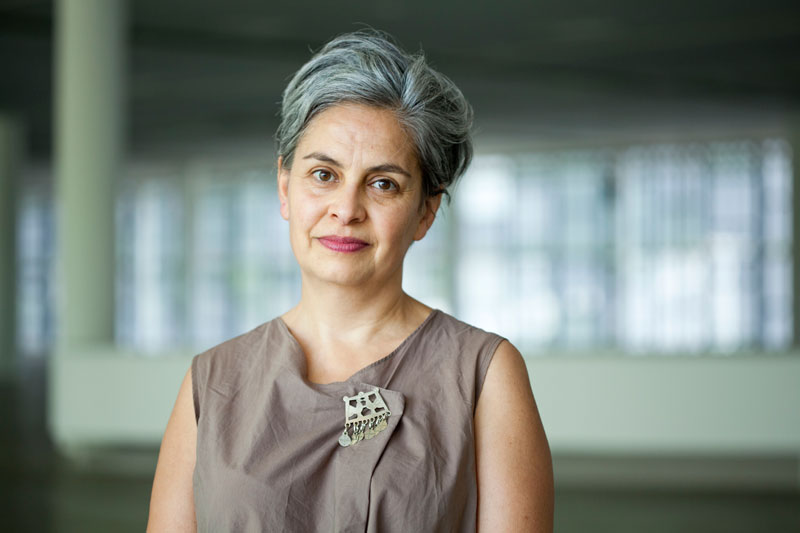 Claudia Fontes is a visual artist who explores through her actions, objects and research the poetic space and alternative modes of perception of culture, nature, history and society that emerge from processes of decolonisation, be they personal, interpersonal, or social. She studied arts at the National School of Fine Arts Prilidiano Pueyrredón in Buenos Aires and Art History at Buenos Aires University. She has been showing her work since 1992, with solo exhibitions at Instituto de Cooperación Iberoamericana – I.C.I., Buenos Aires Modern Art Museum – MAMbA), Luisa Pedrouzo Art Gallery and at Ignacio Liprandi Arte Contemporáneo and The Wordly House, in Documenta 13, Kassel (2012). Her work could recently be seen in the Argentine Pavilion in the Biennale Arte 2017 in Venice and features in the collections of Museum for Latin American Art – MALBA, MAMbA, and Museum of Contemporary Art Rosario – MACRO, and in private collections in Argentina and Europe. 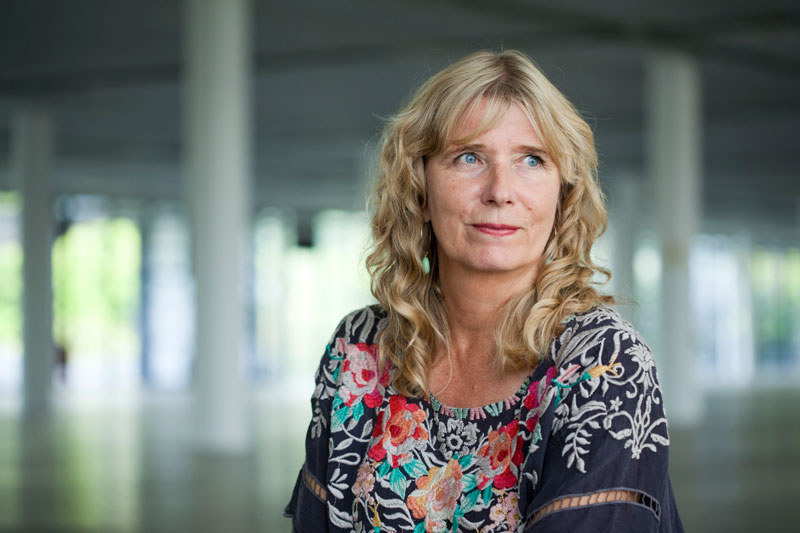 Andersson is one of Sweden’s most internationally recognized artists. Inspired by filmic imagery, theatre sets, and period interiors, Mamma Andersson’s compositions are often dreamlike and expressive. While stylistic references include turn-of-the-century Nordic figurative painting, folk art, and local or contemporary vernacular, her evocative use of pictorial space and her juxtapositions of thick paint and textured washes is uniquely her own. Her subject matter revolves around evocative, melancholic landscapes and nondescript, private interiors. Her work is represented in collections such as Museum of Modern Art – MoMA, New York, Dallas Museum of Modern Art, Museum of Contemporary Art – MOCA, Los Angeles, Hammar museum, Los Angeles, Nasjonalmuseet, Oslo, Norway, Moderna Museet, Stockholm, Sweden. In 2006 she was awarded the first prize in Carnegie Art Award and in 2003 she represented Sweden in the Venice Biennale. She graduated from the Royal Institute of Arts in Stockholm in 1993. 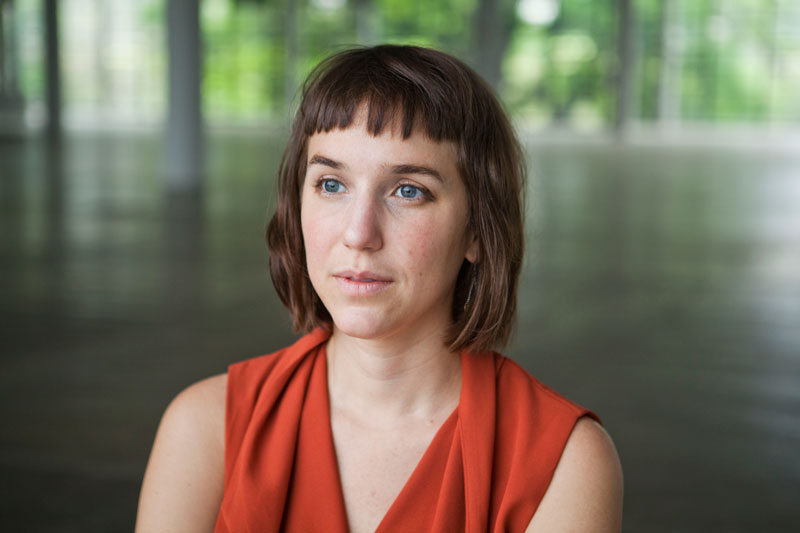 Sofia Borges is a visual artist who graduated from the University of São Paulo in 2008. Between 2009 and 2011, she held seven solo shows in Brazil, was selected by Rumos Itaú Cultural, won the Iberê Camargo Scholarship Standout Prize and the Porto Seguro Photography Award and had her work included in the São Paulo Museum of Modern Art 2011 Photography Club. In 2012, she participated in the 30th São Paulo Bienal – The Imminence of Poetics. In 2013, she was shortlisted for the BES Photography Award in Portugal and the Foam Paul Huf Award, and won the Centro Cultural São Paulo Photography prize. That same year, she held individual exhibitions in Mexico City, Madrid, Paris, Lisbon and São Paulo. In 2014, she presented work in London, Los Angeles, Lyon, São Paulo, Doha and Beijing. In 2015, she held a solo show in Paris and featured in collective exhibitions in Brazil, France and Canada, and developed No Sound, her first collaborative/experimental project as a curator. In 2016, she won the First Book Award (England) for the project The Swamp. 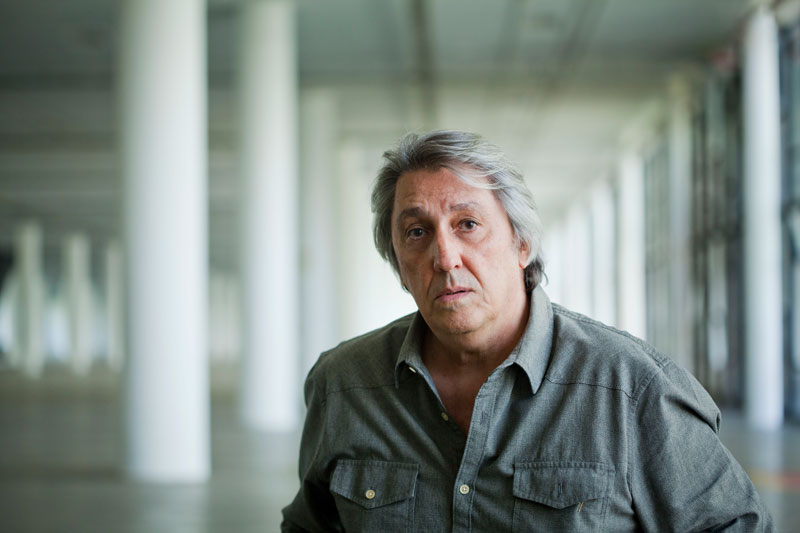 Waltercio Caldas held his first solo show in 1973 at the Museum of Modern Art in Rio de Janeiro. Since then he has participated in countless exhibitions in Brazil and abroad. In 1998 he won the Johnnie Walker arts award and, in 2002, the Mario Pedrosa award from the Brazilian Art Critics Association, both for lifetime achievement. He represented Brazil at the 1983, 1987 and 1996 editions of the São Paulo Bienal; at Documenta IX, in 1992; and at the Venice Biennales of 1997 and 2007. In 2013, a retrospective of his work toured three museums: the Iberê Camargo Foundation, the São Paulo Pinacoteca and the Blanton Museum of Art in Texas, USA. Various books have been published on the art of Waltercio Caldas, including Aparelhos (1978, GBM Editora); Manual da Ciência Popular (1982, Edições Funarte and 2008, Cosac Naify), and Waltercio Caldas (2000, Cosac Naify). A book of his drawings (Os desenhos / The drawings) was published in 2017 by Editora BEI, with accompanying text by Lorenzo Mammi. 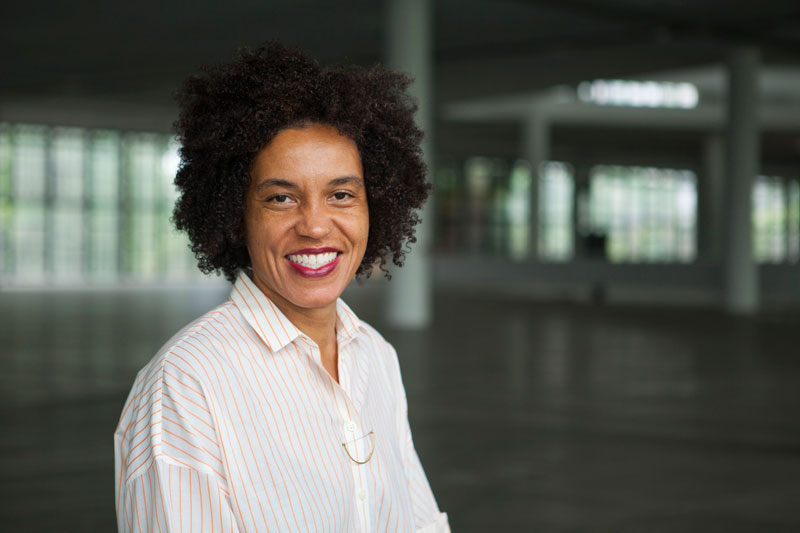 Wura-Natasha Ogunji is a visual artist and performer. Her works include drawings, videos and public performances. Her hand-stitched drawings, made on architectural trace paper, are inspired by the daily interactions and frequencies that occur in the city of Lagos, from the epic to the intimate. Ogunji's performances explore the presence of women in public space; these often include investigations of labor, leisure, freedom and frivolity. A selection of her large-scale drawings was most recently exhibited at the Kochi-Muziris Biennale, Kerala, India. She has also exhibied at 1:54, London; Seattle Art Museum; Brooklyn Art Museum; and Louisiana Museum of Modern Art. Ogunji is a recipient of the prestigious Guggenheim Foundation Fellowship and has received grants from The Pollock-Krasner Foundation; The Dallas Museum of Art; and the Idea Fund. She has a BA from Stanford University [1992, Anthropology] and an MFA from San Jose State University [1998, Photography]

Project for the 35th Bienal is presented in Rotterdam

Save the date for the 35th Bienal

Project for the 35th Bienal is presented in Rotterdam

Save the date for the 35th Bienal